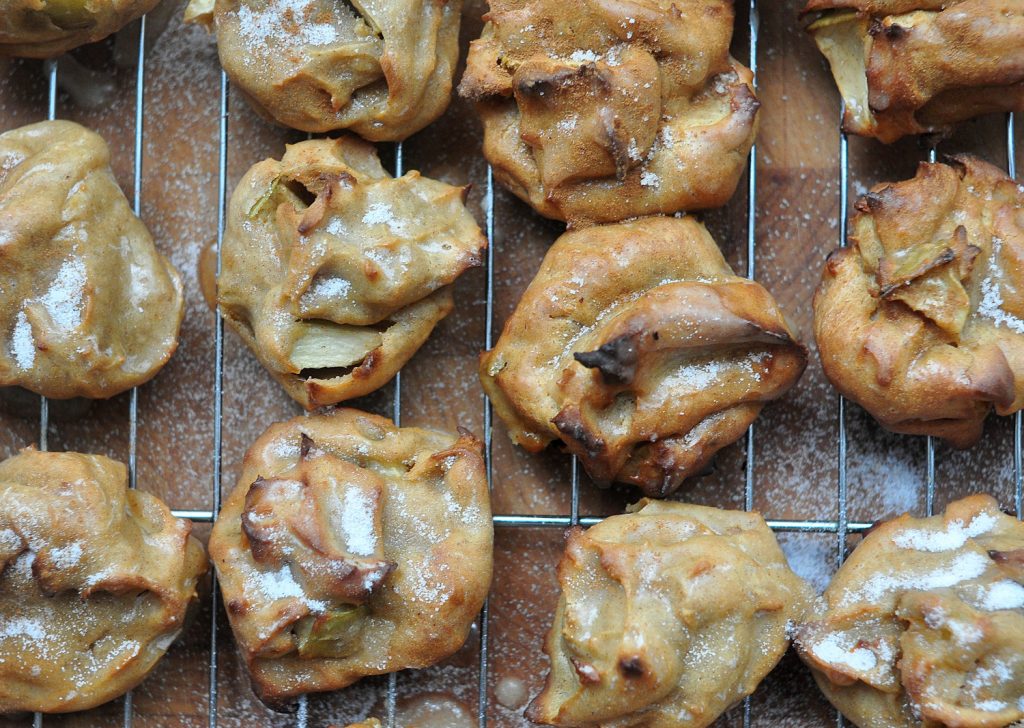 So it’s supposed to be spring now. But we’re not quite there yet. The farmers market is still bleak and wintery; no ramps, no asparagus, certainly no strawberries. What looks good? The apple cider donuts of course. But around here we don’t buy apple cider donuts. We make them.

Although autumn is the traditional time to revel in apples, the early spring is a good time to bake with them. The apples that have been kept for the winter are a little soft and big bags of them are often on sale. The freshly pressed and unfiltered apple juice that is called cider around here is also inexpensive and fabulous.

These apple cider puffs are inspired by those fresh farmers market apple cider donuts, but they are quite different. They are loosely based on choux pastry, the dough used to make cream puffs. As a result you will want to eat these as soon as they are out of the oven, and they won’t really keep, so maybe have a party or share with your neighbors.

These apple cider puffs are light, a little spongy, not too sweet, and of course, delightfully appley. 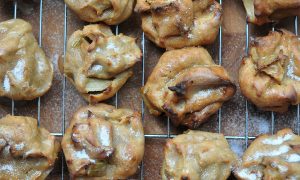 NOTE: For extra professionalism you can use a piping bag (or just a plastic bag with a hole cut in the side) to pipe the dough onto the baking sheets. These will result in very neat and tidy puffs!

Hi! I'm Leanne Brown, a home cook in Brooklyn by way of Canada. I write cookbooks, like the ones below!