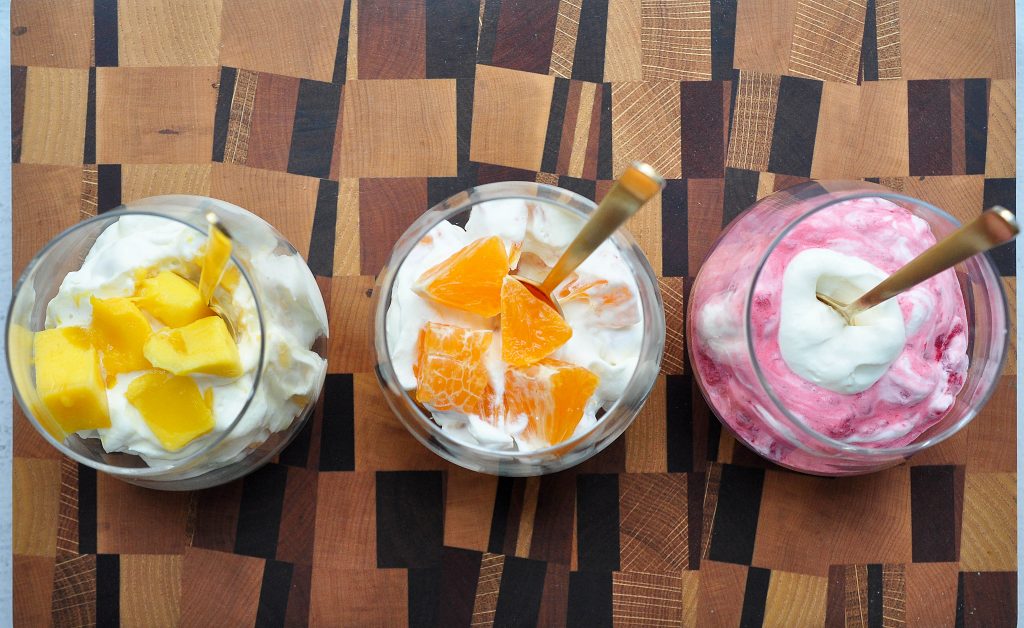 When I was a kid I always thought that dipping strawberries into cream looked like the greatest idea anyone had ever had. In our house whipped cream was something we would get every once in a while on a special occasion as part of a dessert. You ate it serenely on top of something wonderful and appreciated it because it was a rarity. Fast-forward to a few days ago, listening to The Sporkful—a wonderful podcast centered around eating and human behavior—and the host, Dan Pashman, proclaims that his new years resolution is to eat more home made whipped cream. I am struck. Me too Dan, me too. Let’s eat fruit and whipped cream right now, in the middle of winter. Today I experimented with frozen mango and raspberries and fresh oranges. All were great, but raspberry was probably the favorite.

So growing up whipped cream was a special treat, but I longed to just put my fingers in some whipped cream like in the cool whip commercials (yes I know, not real cream—but I didn’t know that! I was a kid!). I couldn’t believe you could even do that, just eat whipped cream with stuff… I felt like the people doing that inhabited another world.

When I first moved out on my own and realized that if I could manage to scrounge together the cash, I could eat or make whatever I wanted, I made whipped cream. I don’t even remember what I was dipping in it. It was besides the point. It was incredible. Unfortunately I lived (and still do live!) with someone who does not share my affection for whipped cream, so I rarely indulge the full fantastical display of decadence that my childhood imagination created for adult-me.

Well I no longer want to let little Leanne down. Maybe it’s because I’m going to have a daughter in the next few months, but I’ve been thinking a lot about myself as a child lately and here is one thing I can do for her.

Adult me is going to eat whipped cream! It’s also an incredibly easy and quick treat that, contrary to my early-90s-childhood ideas about nutrition, in which fat was the ultimate enemy, we now know lightly sweetened cream is not so bad in moderation.

Final thought: In moderation is key. Don’t have more than one serving of this at a time. Your adult stomach will not be impressed if you go beyond that (ahem). 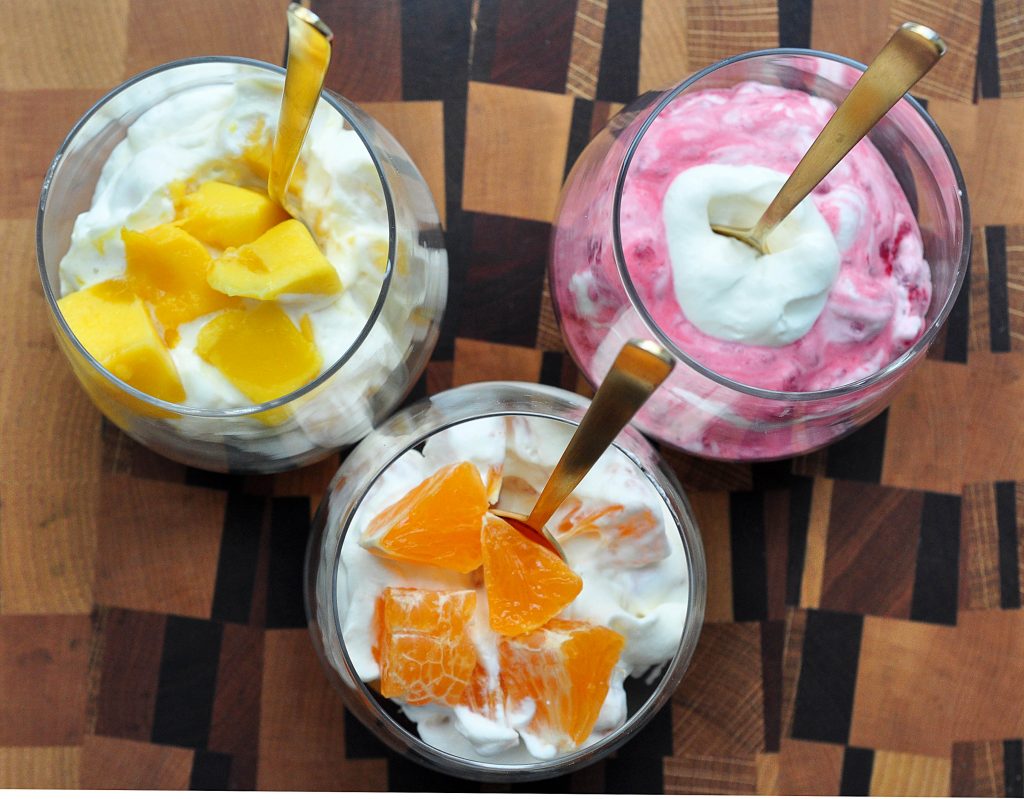 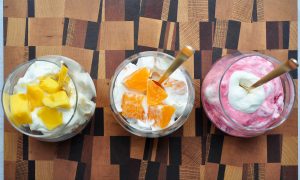 You can use any fruit you like, fresh or frozen. Most will go beautifully with cream. Today I tried frozen raspberries and mango and fresh oranges since it's peak citrus season right now.