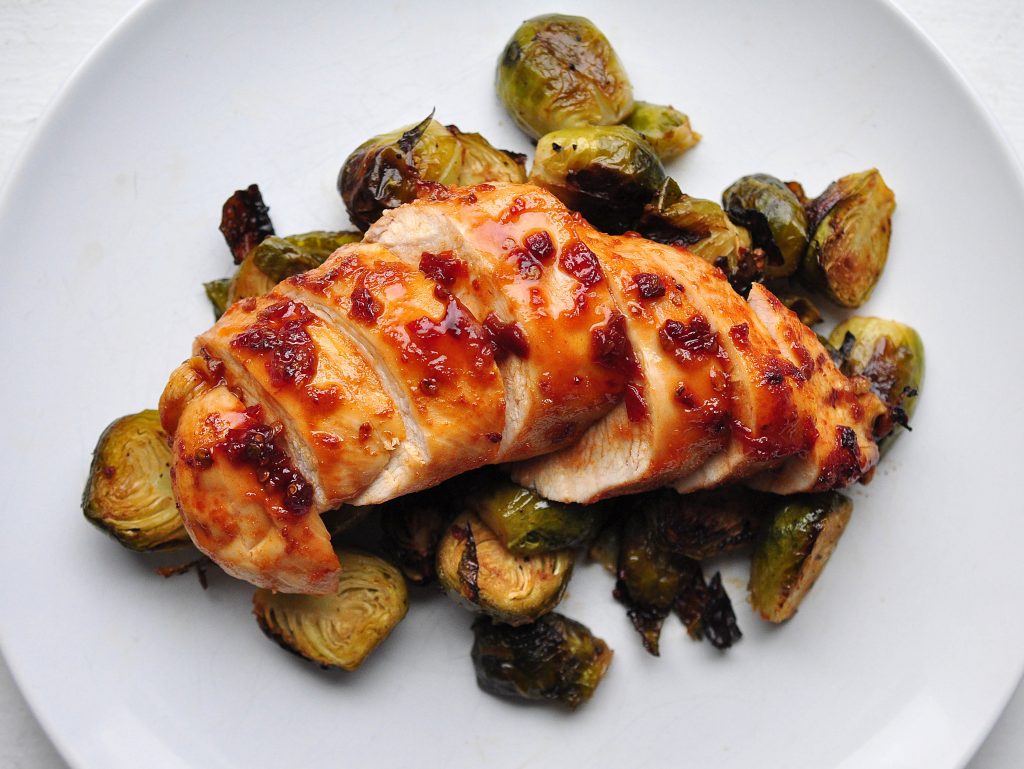 This past November we hosted our first American Thanksgiving. Before that we had been lucky to be invited to various friend’s Thanksgiving dinners, and before that we were in Canada. Our dinner was a very chill affair with a few friends—not a stressful and pressure-filled multi-day cooking feat. It’s hard for me to get SUPER excited about traditional thanksgiving fare so I chose to liven our meal up with a Mexican fusion approach to the usual veggie sides and roast. Since we were a small group I roasted us a chicken instead of a turkey and glazed it with a simple chipotle and honey sauce. It turned out moist and delicious. My other favorite was the brussels sprouts tossed with a chile and peanut sauce. Anyway, why am I telling you all this? Well, I’ve been wanting to share that meal with you guys, but a simpler everyday version. So here’s a weekday meal inspired by our Thanksgiving using the ubiquitous boneless, skinless chicken breasts, a pile of brussels and a simple to whip together, chipotle-honey sauce.

This meal is roasted on one sheet pan and everything is cooked together. All you have to do is cut off the ends of the brussels, cut them in half, mix up the sauce and coat everything. Then you just wait for the oven. An entire chicken breast and pile of brussels sprouts proved to be a bit too large a portion for Dan or I to finish so you will probably have leftovers if you are just serving two.

The chipotle honey sauce is sticky and spicy and savory and sweet at the same time. I made a bunch more of it and am putting it on everything right now. 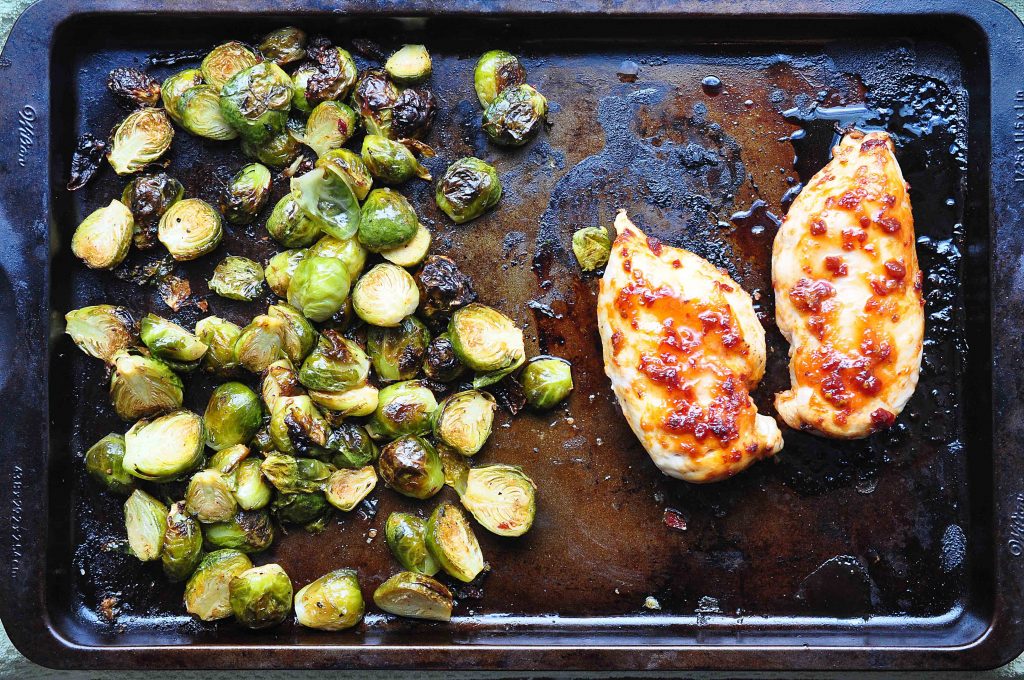 I did think that if you had more time or foresight that this dish would be a little more flavorful if you let the chicken marinate in the sauce for a few hours before roasting it. If you douse the chicken in the sauce in the morning and leave it in the fridge all day you might get a little more of the sauce flavor in the chicken itself. If I make it again I may also pound the chicken a little flatter to ensure totally even cooking and a bit more sauce coverage. That would also cut the roasting time to 20 minutes even and make dry chicken an even less likely outcome.

But even without those tweaks this is a satisfying, flavorful and healthy meal that you can easily make on a busy weeknight. 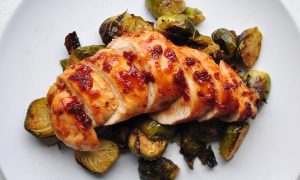 If you are worried about cooking the breasts through (as I often am) another way to have the breasts cook evenly is if they are both slightly different sizes, pound them both lightly to get them a little thinner and even thickness. That way they will be done at the same time.