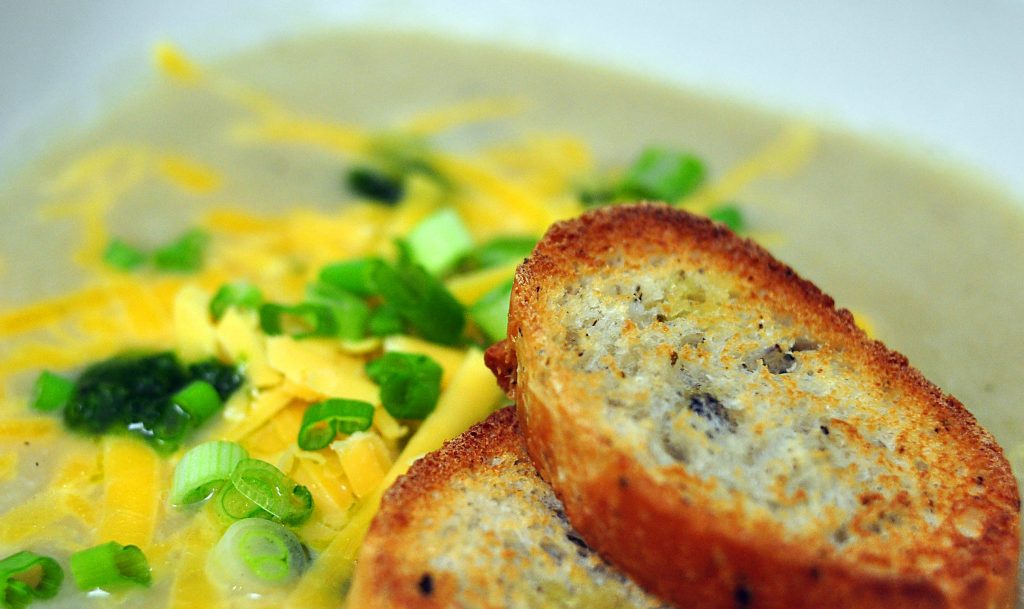 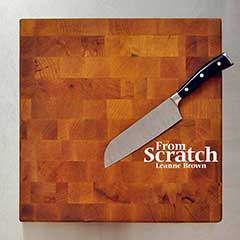 Another classic from the archives while I’m away for the holidays. This Cauliflower soup is also from my first cookbook, From Scratch. I put it in with my middle sister, Emily, in mind and it totally worked, she makes it all the time (or so she claims!). It’s right for her because she is always trying to eat more vegetables, but they are not her favorite thing. This soup is almost pure vegetables, but it’s also creamy and warm and satisfying and a little spicy and cheesy; just right for the reluctant vegetable eater.

It’s also great for this time of year since cauliflowers are relatively inexpensive and plentiful, and unless you are in the deep south you are probably wanting to gather around a warm bowl of something. This soup smells fantastic when it’s cooking, the smell of garlic and vegetables soon joined by cumin and oregano and finally the nutty aroma of cauliflower.

A couple nights before we had to leave on vacation I made this soup, but added a bunch of spinach we had left in the crisper that was a bit past it’s prime but not quite into the inedible realm yet. It was great! So consider adding some excess greens or any other wilty vegetables you might have in the fridge. 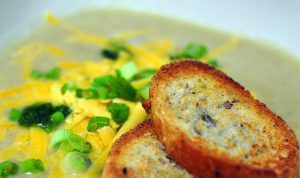